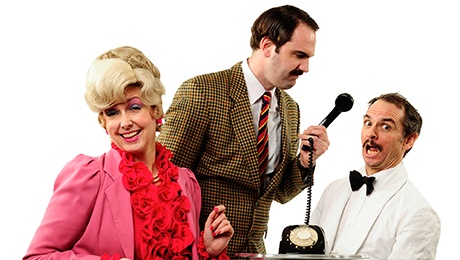 This article was originally published in PRODIJEE MAGAZINE #23

In just over six months I have seen more than 65 live theatrical productions –all second to none on talent and class.

One of these wonderful shows… well… dinner/disaster shows (stay with me, this is no cruise ship fodder) is that of the “FAULTY TOWERS DINING EXPERIENCE”.
Anybody that doesn’t know what “Faulty Towers” is, GOOGLE IT and watch all twelve episodes at once. You will thank me.
For the rest of us, “Faulty Towers” is comedy perfection and is still regarded as being one of the BEST TV comedies of all time. It stared John Cleese as Basil (the hotel owner), Prunella Scales as Sybil (his wife) and Andrew Scaths as Manuel (the non-English speaking “help”), originally airing in 1975 and 1979. 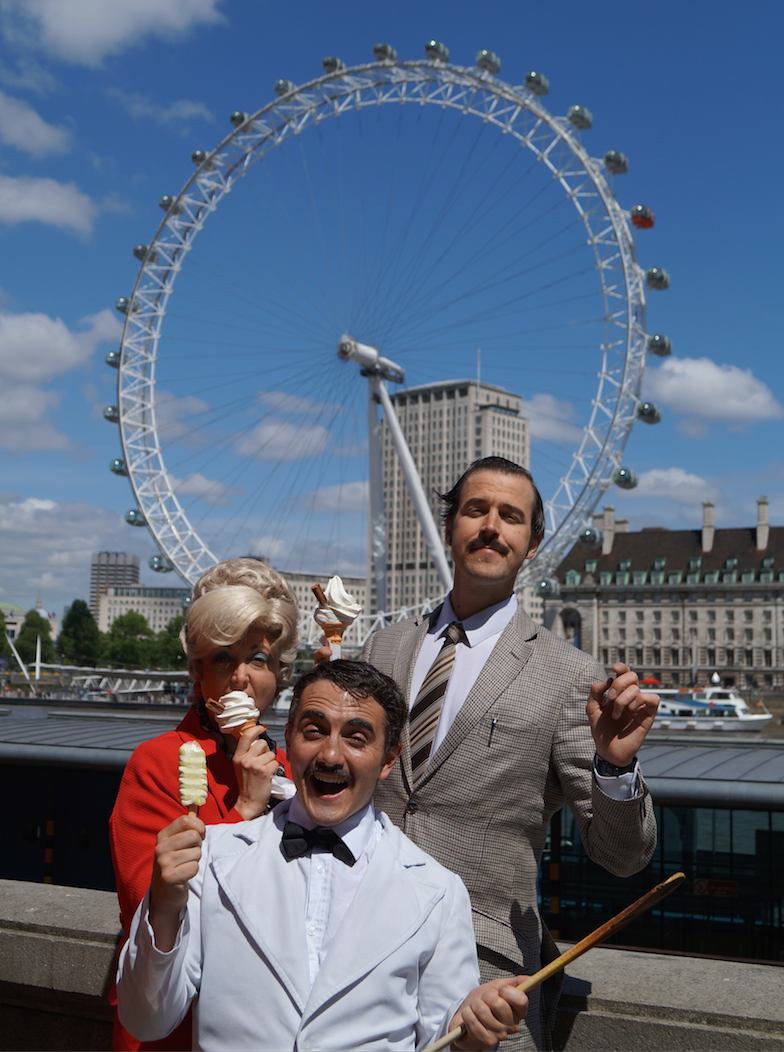 This genius dinner show has been selling out since its UK showcase at the Edinburgh Fringe Festival in 2008 and now has a permanent home in the Charing Cross hotel for the foreseeable future and also an Australian and European tour are set for this year. It stars three superb actors performing the roles of Manuel, Basil and Sybil with absolute joy and perfection.
I got to witness and revel in the astounding and abundant talents of Donna Gray as Sybil and Jonathon Saunders as Basil and Ed Howells as the adorable Manuel.

Guests convene in a lounge bar area before Mr. Faulty himself informs you of where you will be sitting in the most raucously funny ways imaginable. During this, Manuel is instructed to collect all the guests’ glasses, in his confused nature Manuel proceeds to remove and collect all the spectacles off the faces of the audience –much to the dismay of Basil.
Guests then sit at a table for 10, so be prepared for new company -it’s a delight and you will certainly have LOTS to talk about. 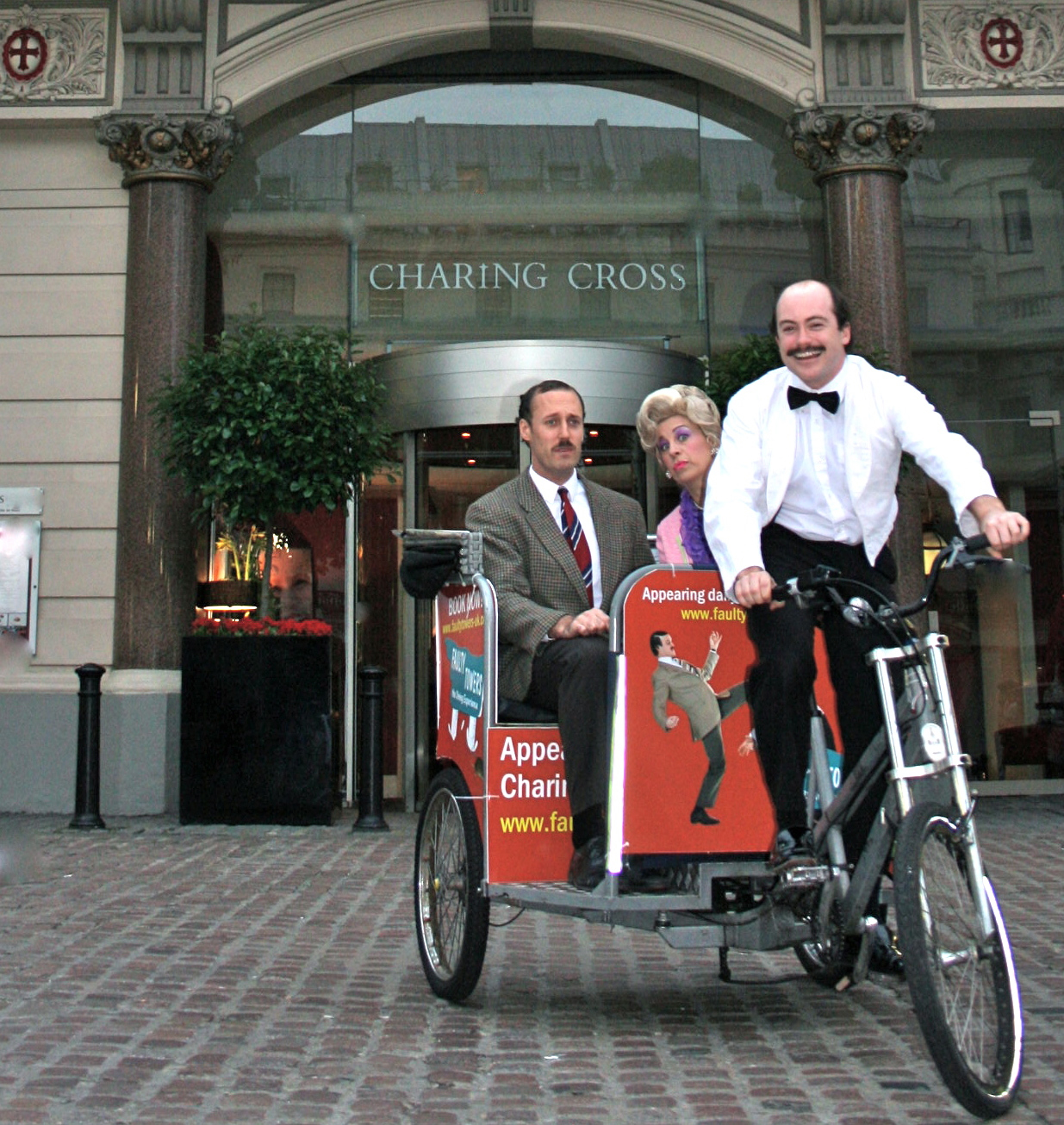 Donna Gray as Sybil is cutting and magnificent, shining up a guest’s baldhead in order to use it as a mirror. Calling people “good eaters” because their waistlines are perhaps a little larger others.

To start out dinner we are served up with a soup and a bread roll; some guest get more than that with a set of the cook’s teeth berried deep inside their bowl. Thankfully mine had nothing more than just a good hearty soup. The roll however was launched to each of us by dear Manuel.

Next is a chicken and vegetable main course. Trying to consume the simple but tasty food is difficult work while you are in hysterics at the antics going on around you.