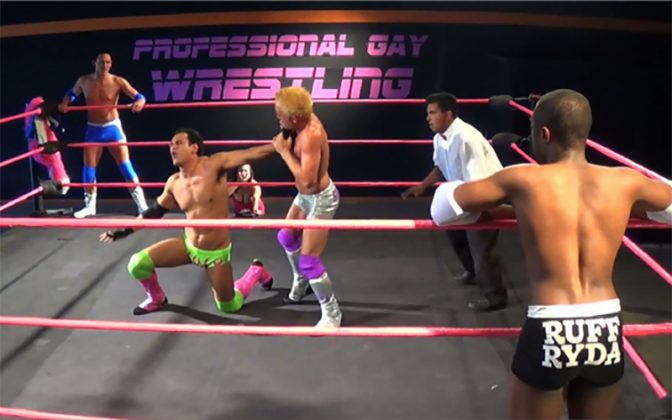 RIK (R): So Jaymes, you are an actor and Producer, how did your career start? Has it started? When did that happen?
JAYMES (J): It’s something I’ve always had the calling to do. I didn’t really have a choice about it. It’s like a sickness. I made my first short back in the 90’s and officially starting “my career” during graduate film school.

R: What was your inspiration for this show?
J: Definitely the old school pro wrestling shows from the 70’s and 80’s. We wanted PGW to have that feel, like you were watching a late night wrestling show from that classic era, except everyone is openly gay… more or less.

R: Are you a wrestler yourself?
J: How could I not be? I don’t think I’d fare too well if I wasn’t at least mildly bad ass. 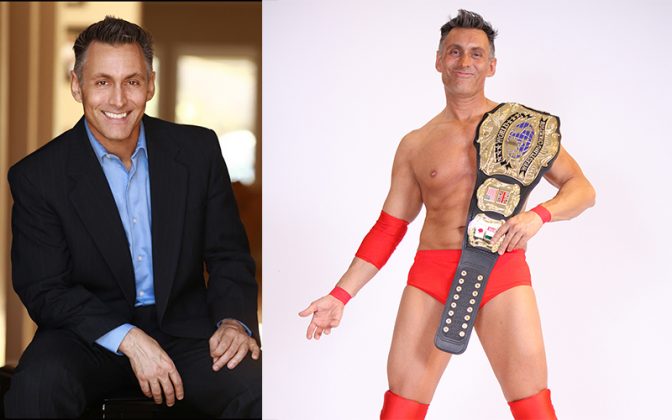 R: Did you have fun filming it?
J: No. It was Hell! Just kidding. We had a great time. It’s a Great group of people and we get along great except when we’re in the ring….

R: Any injuries to anyone?
J: Nothing serious, except well maybe… a few people’s pride.

R: Are all the actors gay?
J: Yes. Part of my goals when I started as a film-maker was to represent gays in all genres. So if you look at my stuff, we’ve covered Christmas, Horror and now Pro Wrestling, which I’m not sure is an actually genre, but we think it is. But yes. We have gay and straight characters in PGW and the gays are gays and the straights are straights. Nobody misrepresents. That’s pretty important. When we started PGW -before gay marriage was legal, etc. it was pretty important for gay men to see that they were being represented in the pro wrestling arena.

R: What was the hardest part about production?
J: The funding. Raising the funds is always the hardest. Since 2008, when the industry changed, it’s harder than ever for indie film-makers. You’re either doing something on a shoestring budget to not lose money or you have major backing. There’s no middle class in indie film-making any-more. 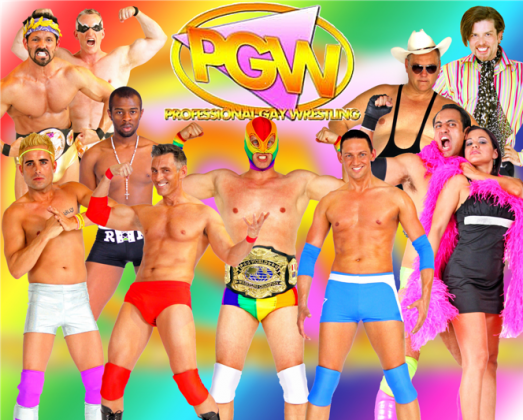 R: Is there a future series planned?
J: We’re putting together season two as we speak. It will be a bit different and much more contemporized. We’ve got some new wrestlers too. I’m looking forward to it, especially (spoiler alert) since I’ve got a belt to defend.

R: Where can our readers watch Season one of “PGW”?
J: A few places – On our website www.progaywrestling.org and on Vimeo. You can also stream it on Dekkoo.com and TLA Video has it for streaming and the DVD to purchase. It will also be on Amazon this Fall.

R: As you said, you have covered other genres too… one of which being the much-loved gay horror film “The Gay Bed and Breakfast of Terror”; will you ever return to that genre?
J: I’d love to. I love horror films. Halloween time is usually busy for me still. “The Gay Bed and Breakfast of Terror” usually plays as a late night feature somewhere. And since this year’s election is so horrible, Gay B&B might be playing a bit more. That Republican Convention scene is kind of unforgettable.

R: Are you single?
J: Like a wild Stallion…

Jaymes is an incredibly charismatic and engaging man with a wide range of talents. I am excited to see him return to my screen as GOP in series 2 of PGW… But in the meantime the PGW is so hysterical it will be a sure thing for my DVD shelf.

So go buy yours now!
Streaming Episodes are available here and on the website…
https://dekkoo.vhx.tv/the-pgw-professional-gay-wrestling